State Fair Time – Are You a Libertarian?

Summer in Sacramento brings the heat – and the State Fair!

This year, Placer Libertarians were represented in the Libertarian Party of California booth working to educate and recruit fair-goers to the path of liberty.

Passers-by were encouraged to take the World’s Smallest Political Quiz and were offered libertarian buttons in return. This prompted some great conversations, some new voter registrations, and some clarity of thought regarding our freedoms and government overreach. 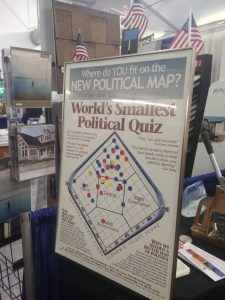 Of those who decided to give the quiz a try, most were definitely leaning toward liberty. It’s amazing how many libertarians there would be if only people understood what we are all about. 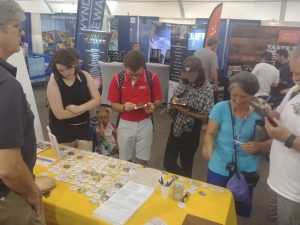